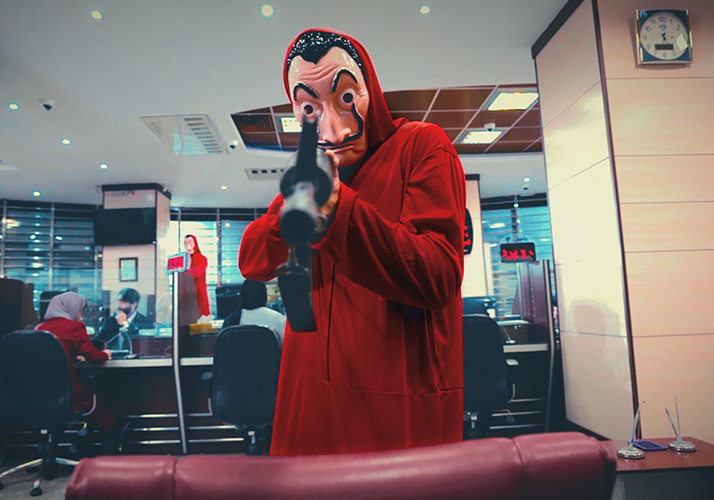 Cafe Bazaar recently launched a VOD service to allow online streaming of movies in its mobile application. Lemon Experiential Marketing devised and strategized an advertisement campaign for the new service. As part of the campaign, Lemon produced four creative and effective videos that garnered positive feedback from audiences and the Cafe Bazaar team.

Ali Seraj, Creative Art Director at Lemon Experiential Marketing, said of the campaign: “Cafe Bazaar has launched a VOD service in its mobile application to allow watching movies online. Through this digital marketing campaign, Cafe Bazaar has tried to boost audience awareness about the new service. This goal was conveyed to Lemon through a correct and professional brief from the Cafe Bazaar team. After reviewing the brief, it became clear that availability and free access are the main advantages of the new service, two important advantages we could focus on in our campaign. On the other hand, Cafe Bazaar’s new service can be accessed by audiences through tools like mobile phones, so we considered these tools in the campaign.”

He added that four creative videos were developed by the Lemon team to go with the artwork. “We looked at the issue from the point of view of the audience in these videos. The actors in the videos are engaged in interesting things while watching movies through the Cafe Bazaar service. We showed through the videos that anybody could be taken out of their surrounding environment and entered into a fantasy realm while watching good content. We’re actually saying that content offered through the Cafe Bazaar service is so high-quality that the person watching it feels like the incidents in the movie are also taking place in the real world. Content created for this campaign follows a storyline. So far, we’ve received positive feedback about the campaign. Although it may be too soon to talk about feedback since the campaign is still in effect.”

Seraj concluded: “The Cafe Bazaar team had a positive evaluation of the outcome of the campaign, something that is a result of their trust in and collaboration with the ideation and creative team at Lemon.”