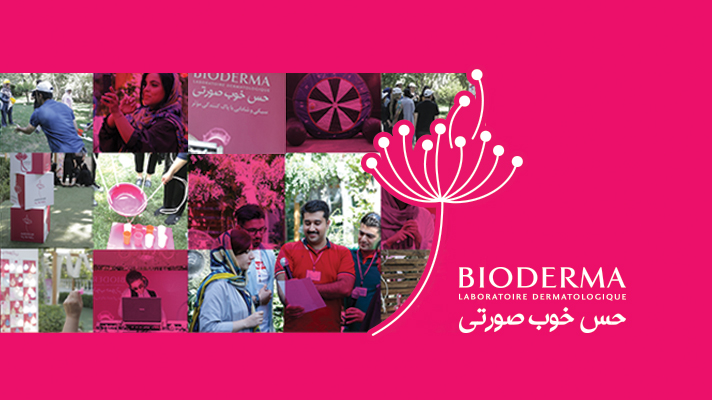 Dubbed ‘Funday’, the event aimed to enhance Bioderma’s brand experience. To achieve this goal, people employed in Bioderma’s distribution network, drug store owners that offer the company’s products, and other people engaged in delivering the goods to customers were gathered in Tehran for a fun event.

A member of Bioderma’s marketing team, Sahar Amirani says, “We hold numerous events throughout the year which are mostly focused on introducing Bioderma products to people active in the distribution network. These events are normally jam-packed with scientific data. While such gatherings can be informative they lack an element of fun.”

According to her, in this gathering, Bioderma tried to enhance the company’s brand image and further engage people with its brand.

Amirani also notes that Bioderma hoped to establish strong ties with the participants during the event by sharing a fun and friendly experience with them.

The event’s director Arash Farzad says, “Boosting Bioderma’s brand engagement was high on our agenda. Considering the feedback we have received so far, the program has been successful.”

He continues by saying, “Promoting Bioderma’s product, Sensibio, was among our top goals… We set up fun activities that would create a sweet memory for participants. We also tried to tie this experience to the image of Sensibio.”

Sensibio has been promoted in a campaign dubbed “Sweet Sense of Pink”.

Farzad explains that the color theme of pink was also picked for the event, “so as to stay in line with the ‘Sweet Sense of Pink’ campaign.”

Experts at Lemon selected 20 games and group activities for the event which were later shortlisted to 6 through talks with Bioderma managers.

Participants were gathered in a friendly environment with a natural and unperturbed atmosphere that would bring to mind memories of going on a picnic in summertime.

Managers at Bioderma and Lemon experts are of the opinion that such events can help lift the brand’s image. Both sides have been satisfied with the results so far.